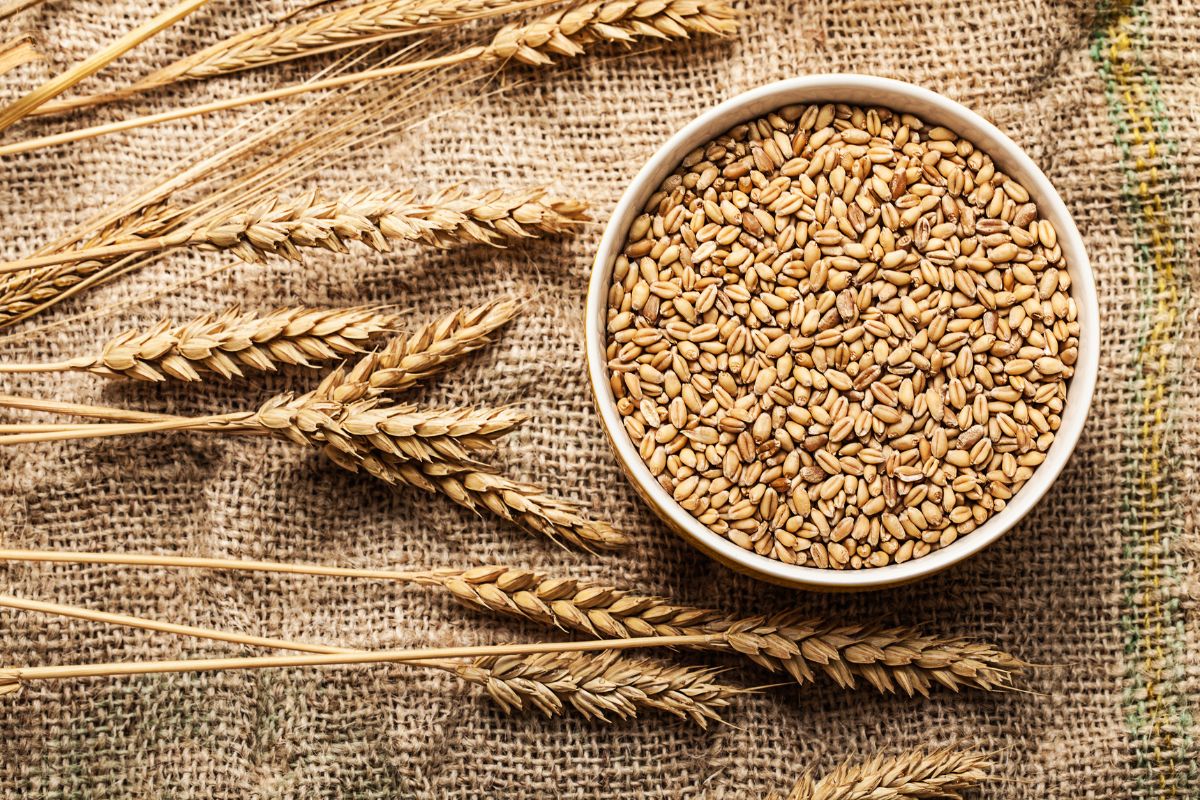 Or are you curious about genetically modified food and want to know more? Whatever the question might be that brought you here today, we have the answer for you!

Knowing what food is genetically modified and what isn’t can be tricky, especially if you are trying to find the answers online.

There is so much conflicting information out there you can easily find yourself tangled in a web of different articles, journals, and advice, unsure where to turn or who to trust.

And when it comes to the food we are putting into our bodies, we deserve to know if it has been genetically modified or not!

So that is what we are here to tell you! Wheat is an integral part of our diets, but has it been genetically modified?

Keep reading to find out if wheat is genetically modified and everything else you need to know today!

Before we get into today’s article, let’s have a quick recap for those that need it. Wheat is a cereal grain.

Wheat is a grass that is grown and cultivated for its seed, the cereal grain. This grain is used across the globe in a variety of foods.

The wheat seeds can be eaten as they are, added to foods as a seed, or it is often milled into flour.

This flour is then used in a range of foods like bread, pasta, cakes, pastries, crackers, noodles, muffins, savory snacks, and confectionery.

If you head into any grocery store and pick up packets of food, it won’t be long before you see wheat listed as an ingredient!

It is incredibly diverse and has helped us create a range of foods that are enjoyed across the world. Wheat is also grown worldwide these days, with slightly different variations grown across the globe.

You can expect to find fields of yellow grass growing in the countryside before a farmer cuts the wheat to harvest the seeds that are then used in our food.

As time and technology have advanced, some machines do this quickly and allow us to have wheat flour milled and ready for use in no time!

Now that we have briefly established what wheat is, let’s move on to look at if it is genetically modified or not.

Specifically, scientists have looked at the possibility of modifying wheat to help with the little genetic variation in the wheat species, like resistance to herbicides or fusarium resistance.

Adjusting these resistances could help ensure that the wheat we grow is safer for us to eat, eliminating the need for harmful chemicals or herbicides being used on wheat while it grows.

We could also modify wheat to increase the amount you can yield from a single harvest or increase the variations available to us. Doing so could help those with wheat allergies.

A wheat allergy is one of the most common allergies, and as you can imagine, pretty tricky to live with.

If we could modify the wheat to remove the allergens that irritate people, we could eliminate the need for people to avoid wheat! Think how many people’s lives would be easier with this technology!

These are some of the ways scientists are looking to modify wheat.

While a lot of this work is in its infancy, there are lots of scientific papers and journals out there that look at the possibility of genetically modified wheat and what its implications could be for people.

There have also been attempts and trials to modify wheat, but at present, there isn’t a genetically modified wheat you can purchase at your local Whole Foods. But that doesn’t mean one isn’t on the horizon!

They have also determined that modifying these crops is safe for the plants too, meaning we don’t need to worry about destroying our produce or plants nearby when we modify crops and plants.

Of course, if you are purchasing any food that has been genetically modified in another country, you will want to check that it has passed the necessary tests in that country and has been declared safe by their government.

The last thing you want to do is eat something dangerous for you!

It is natural to wonder about GMOs and if they are safe, and there was a lot of national and international concern about this when people first started to modify food and crops.

But countless studies, experiments, and reports have been done since then that have declared GMOs safe to eat.

Some people prefer to eat food that has not been genetically modified, and that is fine too. Remember, you must only do what you feel comfortable doing.

You can rest easy if you do eat any genetically modified food, though, as they have been declared safe to eat.

And there you have it! While wheat has been experimented with, you cannot currently purchase genetically modified wheat in any stores.

This is likely to change in the future as scientists look for ways to boost our yield of wheat or make it easier for those with intolerances and allergies to eat, but for now, you can enjoy wheat knowing it has not been genetically modified.

And if you do find wheat mixed with food that has been genetically modified, do not panic, as these are safe to eat!

Not only have GMO foods been declared safe by the US government, but by the WHO too, so you can enjoy your favorite foods worry-free!